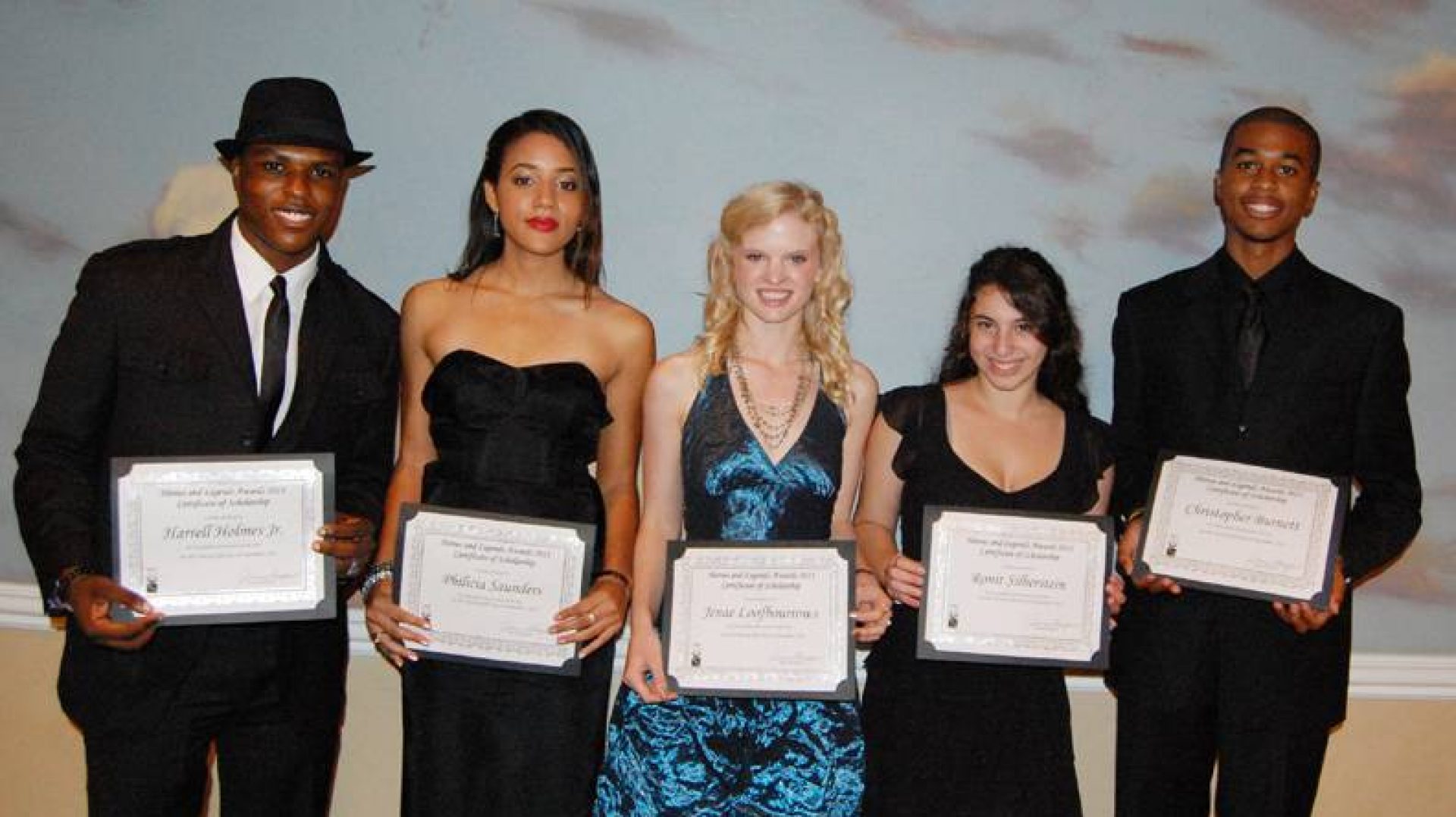 What HAL is  About

Nearly thirty years ago, celebrated songwriter and Motown alumna,  Janie Bradford  learned that students pursuing degrees in music, art, theatre and other creative areas had few options in funding their  dreams.  Unlike sports and traditional academics, scholarships  for performing arts students were  scarce.   She set out to meet that need.

For almost 30 years, HAL has spotlighted positive role models and leaders in the fields of music, theatre, motion pictures and business at the Annual HAL Awards and Scholarship Dinner.

Ms. Bradford is the executive director of the HAL Scholarship Fund and producer of the HAL Awards.  She is an award winning songwriter who spent 25 years at Motown. Among her many hit songs are the classics, “Money (That’s What I Want)” which has been covered nearly 200 times by a multitude of artists including The Beatles and the Stones and “Too Busy thinking About My Baby” which was a number one hit for Marvin Gaye.

Ms. Caldwell has over 30 years of entertainment industry experience, with expertise in public relations, magazine publishing, artist development, television production and music supervision. During a tenure at Paramount, she worked with some of the network’s hottest shows including “Girlfriends,” “Medium,” “Sister, Sister” and “Star Trek.” She currently is the producer of the entertainment weekly, “Hotspot Nashville.”

Ms. Meadoux has been active in the entertainment industry since she was only three years old! She began acting in Mattel commercials, followed by plays and films under the tutelage of Ms. Betty Bridges. She continued to work behind the scenes with her mom, Mrs. Cynthia Meadoux  and “227’s” Marla Gibbs at Ms. Gibbs’ C.H.O.I.C.E. fashion shows and concerts. She joined the HAL foundation as a hostess at the very first show 26 years ago. Growing with the HAL Foundation, she was elected to take her mother’s position in 2013 as Production Manager. While never filling her mother’s shoes, LJ is making her mark on the HAL foundation.

As an original member of The Miracles, the first act to sign with Berry Gordy’s Tamla/Motown Records, Claudette Robinson was also the iconic label’s very first female artist. In 1960, The Miracles’ “Shop Around” became Tamla/Motown’s ﬁrst million-seller, prompting Mr. Gordy to dub her, “The First Lady of Motown.”  Claudette has recently written her first Children’s book, “Claudette’s Miraculous Motown Adventure,” an enchanting reimagining of the Miracle’s experience at Motown.  Claudette’s altruistic endeavors includes her work with The Joy Community Outreach to End Homelessness, the Beverly Hills West Links and the Maple Community Counseling Center.

Miller London is the former CEO of Urban Network, and current chairman of the board of directors. He joined Urban Network in 1994 as President of the company and acquired the company in 2003. Mr. London has a long and respected record label background having held senior executive posts at Motown, RCA and A&M Records.

Star of stage, screen
and television

JoMarie is best known for her roles in “Family Matters,” “Perfect Strangers” and the “Proud Family.”